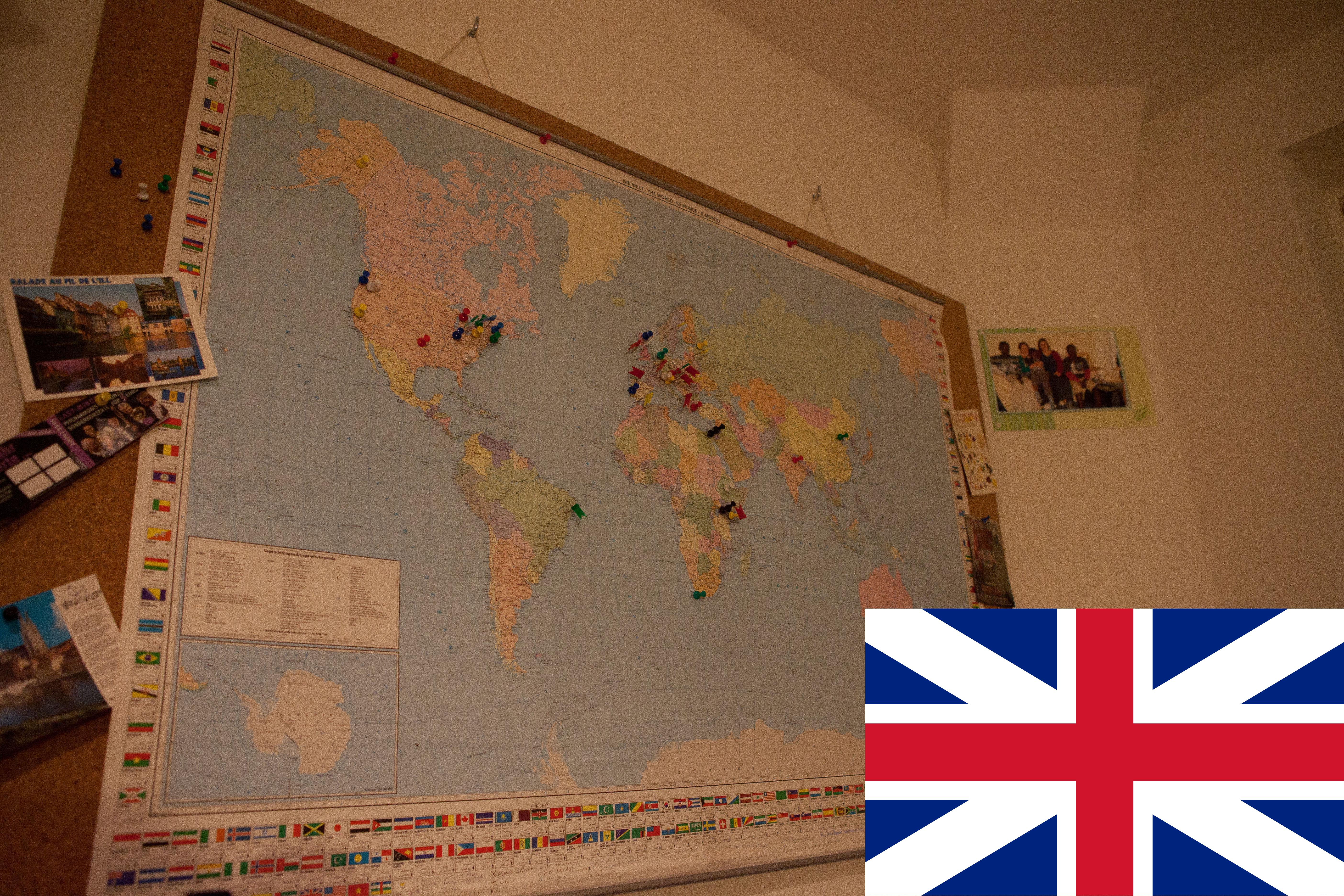 Today is the 22nd of January, 2011. This means there are 45 days (or since today is almost over 44) remaining until my flight to Capetown departs from Munich, 39 days for Fabian. We don’t take the same flight, because I’m in Brazil with my band Waldwind until the 28th of February and Fabian wanted to visit a friend in Capetown.

So it’s 45 days remaining and probably a 120 days have passed since we first started planning. That is if you set the start of our planning to the day we sat in the Beach Bar with Maps, Books, Reports and Guides, drinking a cool beer and asking: “Will we cross Africa? Seven Months?” “Will we?” “Yes we will“ “Yes we can!“ (Okay I admit that joke was bad). Anyway, that was an epic moment. We decided to do something big, perhaps bigger than ourselves. That’s why I like to remember this moment as the day everything really started.  To be honest I forgot the exact date but I figure that’s not relevant anyway, it was approximately four months ago. That makes 120 days. Adding the remaining 50 days to the 120 passed ones we’ll have had 170 days for planning and organizing everything we need.

This report is dedicated to these 170 days and will bring you up to date for the first (and probably last) time about how things are now.

We kept planning and dreaming from Africa for the rest of the described evening. We went over dozens of possible routes, we realized that seven months is just not enough time if you have an entire planet to explore, we spend hours discussing what kind of and which specific gear to bring and how to upgrade our bicycles. We stared at the map for hours, we pondered over climate charts and road maps. We looked up the entry regulations for every single country on the web only to realize that the information was so contradictory they were of no use at all.

In the end we had two things. We had a list of priorities to work on and a plan to meet again soon.

In the meantime we mended our bikes, mounted new bike chains and bottle holders, horns, triathlon handlebars and similar extensions in various positions and finally: side mirrors. If there’s one thing I’ve learned, it’s that there’s nothing as valuable as side mirrors on long tours. Especially if you’re intending to use highways as well like we do. But, the side mirror deservers a blog entry of its own which I might write when I’ve returned. This will have to do as a start.

We ordered the Lonely Planet Guide – Africa edition from Great Britain, we bought the World Mapping Project Maps for each country till Ethiopia, we’ve got two GPS receivers of (which we’ll probably only bring one) and we bought the “Bicycle World Tour Guide”. A great book which didn’t help us too much but still is incredibly interesting to read. I recommend it for everyone who is dreaming of a trip like this and those in the beginning of their planning.

Vaccines: I started to feel as if I was now immune to any microbic threat out there. We’ve both spent weeks visiting tropical doctors and getting pricked with needles. I forgot how many there were in total but I was vaccine against Rabies, Amarillic Typhus, Hepatitis, Typhus and Meningitis. By the way, interesting to see how quickly your body adapts to the injections. My arm kept aching for two days after the first Shot but I didn’t feel the last one at all even though I went to Muay Thai training afterwards.

Oh and very very important: I’ve finally got a new passport. It took me four months, I spent 13 hours in the “Bürgerbüro” in Konstanz, I had to take five tries until I could submit the application and I even paid bloody 36 Euros for the whole mess. But yes! I FINALLY got my new passport. And it’s beautiful and I’m intending to fill it with dozens of visa and colorful stamps.

We’ve got French dictionaries, coming to think about it I don’t really know why cause every country we cross is either English+X or Arabic+X speaking but none of them French. Well never mind, it can’t be wrong to have them. They’re tiny and don’t weigh anything so we’ll be fine. There’s an Kisuaheli Dictionary on it’s way and I’ve got a medical Kisuaheli Dictionary. It’s full of terrible words like “death” “Coffin” “plague” “bleeding” “car accident” … well never mind. I’ll probably only bring the other book.

Some time ago we had several long discussions on two major topics. Tent and Notebook. Whilst it took us ages to agree on the priorities our tent should have, find a tent according to those only to realize we couldn’t afford a new tent anyway if we can’t find a sponsor and so we’ll probably bring our own tent, the question about the notebook was  little different. There’s no way we can get around it because Fabian will bring his photo equipment and if we don’t have a place for data storage and to write on there’s no way we could feed you with great pictures and reports. Otherwise we’d run out of memory after a 200km. 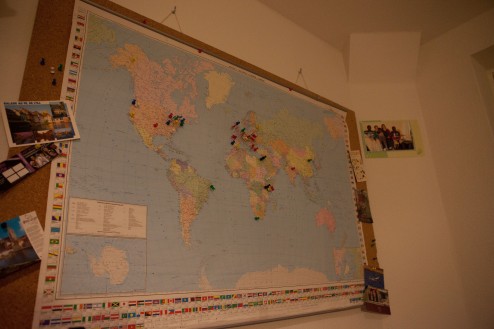 Last but not least there’s donations. As you will know part of our trip is for the benefit of Doctors without Borders. I guess the fund-raising campaign works quite well so far and the organization around it is mainly finished. We’ve collected 1360 Euros (19.01.2011) already and I know of another ~800 Euros which are promised.

Although this is a lot of money already we still aim at the 12.000 Euros, one Euro per Kilometer. So please keep up the good work and spread the word. We’re depending a lot on you and your help because we can’t advertise ourselves once we’re in Africa. We’re also planning to host an English version of the flyer soon so you can print and share them with your friends.

This was almost everything now. I said last but not least already but I forgot something very important we achieved or rather Fabian did. This great Website you’re on (or at least you’re supposed to be on) right now. Fabian created it and I think he did his job very well. Thanks a lot!

Well as you might have noticed we’ve entered the final stage of preparations. The most important things are organized and ready, there a few details to be solved and a little equipment to be bought. But altogether we’re pretty much finished. So it’s March. It’s hard to believe how time flies in the end. But that’s good. Very good. In one and a half months the two of us will have the chance to make a dream come true and we’ll do our best to keep you up to date with it.

Thanks a lot to all Friends, Family, Donators and Sponsors for your great support.

I suppose we would have never gotten so far without you.